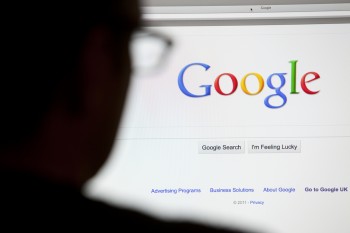 AdWords campaigns are generally thought of as completely separate from content marketing. Paid tactics can be a great way to increase traffic and drive visitors to a company’s website, depending on the industry. However, recent research may indicate the two are more closely intertwined than previously thought.

According to the Inside AdWords blog, joint research by Google and Ipsos MediaCT was conducted to examined how well customers remembered particular brands that appeared in paid search ads. It turns out that, depending on how well the ads were targeted, companies saw boosts in consumer awareness between 6.6 and 14.8 percent. Skeptical marketers might want to consider how their ads can support existing content marketing efforts.

The customer path of least resistance

Brand awareness should not be treated as an abstract concept, even if it is difficult to quantify. Every morsel of visibility counts, whether that’s in organic search results, paid ads, on social media or by word of mouth. In fact, even though Google+ is seeing increases in engagement on par with Twitter, it’s still an essential content marketing tool because it helps boost visibility in many ways. From Authorship rich snippets to faster crawling, it’s becoming an efficient ROI driver apart from its original role as a social network.

As Brafton reported, it’s the number of touches that drives prospects to convert, rather than the type. A strategy aimed at improving brand awareness will incrementally build the number of interactions a company has with fresh leads, so every time the company’s content shows up across the web will still contribute to fleshing out a future customer’s chances of eventually converting.

Reach out and engage customers

On the social end of things, Facebook is increasingly becoming a driver of awareness. The network’s Graph Search may soon be coming to mobile devices, according to InsideFacebook. As a platform, Facebook is coming a ubiquitous place for users to search for information, and Knowledge Graph lets them make abstract queries like “Chinese food in Buffalo” or “IT consulting Salt Lake City.”

Mobile Facebook searches is yet another way for marketers to drive brand awareness and engage prospects. The modern buyer’s journey can be quite indirect, but when organic search results, AdWords appearances, Graph Search results and social sharing combine, a conversion could be imminent. Brands should take every opportunity to be seen in order to drive traffic and eventually net results.