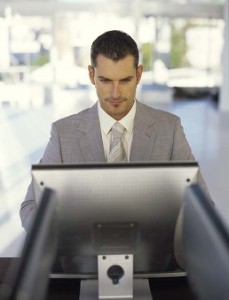 While most consumers tightened their purse strings and began spending less during the economic recession, some affluent Americans continued to shop at the same pace, making them favorite targets of businesses. According to a new report from the Interactive Advertising Bureau, these individuals are more active online than normal consumers, so content marketing may be an effective strategy to reach this lucrative demographic.

While three-quarters of the general population use the internet (79 percent), web browsing is an activity that is nearly universal in households that make more than $100,000 annually (98 percent). Moreover, affluent Americans also spend more time on the web – most Americans spend 21.7 hours on the internet weekly, but well-off consumers devote 26.2 hours per week online.

“Affluents have long been one of the hardest to reach and most important consumer groups,” said Sherrill Mane, senior vice president of industry services at the IAB. “And the new research shows that when it comes to digital media, the old paradigm has been superseded: the wealthiest Americans use digital media far more than their less affluent counterparts.”

As Brafton has reported, recent data from Cone suggests that consumers – affluent or not – are increasingly consulting blogs and articles to inform their purchase decisions, further highlighting the importance of content marketing. In 2010, only 28 percent of Americans read blogs for product research. Now, 42 percent do so of consumers consult online content before making a purchase.