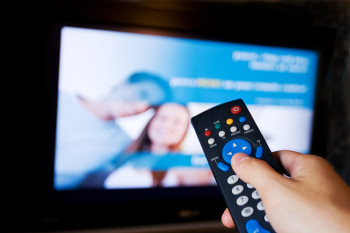 ​All signs point toward a future where broadcast television looks nothing like it does now. Technological advancements put viewers in full control, allowing them to pick which shows to watch and on whatever devices they prefer to use. Brafton reported that approximately 40 percent of consumers aged 30 to 44 have cut ties with cable providers in favor of digital video content services. More, Nielsen estimates there are 5 million U.S. residents without subscriptions to broadcast television programming. Sixty-seven percent of surveyed Americans get their streaming video from networks like YouTube, Netflix and Hulu.

With people turning to the web to access streaming visual media, brands are quickly embracing new content creation methods to reach prospects across touch points. An Invodo report found that 44 percent of consumers either strongly agree or somewhat agree that they buy more products or services after engaging with branded video content. Opportunities to increase website conversions are apparent, and marketers plan to develop an array of media to amplify their core messages.

A study from Be On, a division of AOL Networks, outlined which video types were among brands’ top video marketing priorities moving forward. According to the data, pre-roll ads (73 percent), social video ads (53 percent), promoted content (41 percent) and branded clips (38 percent) were the most valued video types. While video advertisements can have a long-lasting effect on purchasing decisions, businesses must also consider the value of storytelling through visual content.

YouTube already reaches more than 1 billion monthly active users. When brands produce a high-volume of marketing collateral for YouTube, they reach wider audiences and increase the likelihood of maximizing content ROI through social video marketing. Buyers are changing the channel on TV, turning to ​online ​platforms ​that grant them access to a wide array digital content at their fingertips.