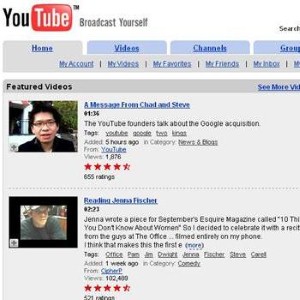 A report from market research firm comScore suggests that video marketing can be a strong complement to any website content effort, as the research firm found Americans viewed 10 billion video ads in May. This was the first time a monthly total surpassed the 10 billion mark, comScore found.

ComScore found that Hulu and various Google sites, including YouTube, were the most successful in terms of driving video impressions, serving 1.6 billion ads and 1.3 billion ads respectively. While Hulu’s dominance may not mean much for marketers disinterested in developing outright commercials given the site’s role as an entertainment provider, YouTube and several of the other strongest performing video properties are major platforms in video content marketing.

Aside from ad spots served prior to entertainment content, video marketing material aimed at informing users can help companies distinguish themselves. Like news content or blog marketing, video clips that help inform viewers about industry trends or best practices and direct prospects through a conversion funnel can be an ideal addition to any web marketing effort.

According to comScore, more than 51 percent of American web users viewed video ad content in the month. The average length of a video ad was about 24 seconds, and marketing spots accounted for 21.6 percent of all video viewed by Americans. Since sites, such as Hulu and YouTube, often require users to watch ads prior to the clips or programs they choose, the channel will likely continue to grow as the overall online video channel does.

Meanwhile, 84.5 percent of the web-connected population watched some form of web video; in total, more than 36 billion pieces of video were consumed in the U.S. last month.

With video becoming more popular on the web, Google has opted to roll out a video marketing tool similar to its Google AdWords service for paid search marketing. Brafton recently reported that companies can now create video content, host it on YouTube and bid for placement.

Companies looking to create video as a part of a new media marketing strategy can follow principles similar to other kinds of content used. For 2011, a how-to video from Gawker that demonstrated 25 ways for women to tie scarves became one of the year’s most popular videos.