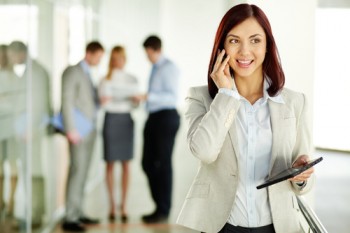 Market research firm comScore recently released its monthly analysis of the American smartphone market and found that Google’s Android now serves more than half of all users. This represents a 2.2 percentage point increase from March, while Apple has jumped to 31.4 percent.

BlackBerry’s demise continues with the company falling to 11.6 percent of the market. Research In Motion, manufacturer of the BlackBerry, dropped 3.6 percentage points, according to comScore. New activations are landing almost exclusively with Android-powered smartphones and iPhones, while BlackBerry continues to hemorrhage users.

In terms of smartphone activity, users are spending more time browsing the mobile web and using social networks on their devices. Thirty-six percent of smartphone users turned to Facebook, Twitter or another social network in the month, which was a 0.3 percentage point increase from the previous month’s study. Moreover, nearly half accessed the mobile web, using it to search the the internet and conduct other tasks.

Making room for mobile users in marketing strategies is critical as more users turn to their devices to interact with brands.

Brafton recently reported that B2B buyers are among the most active users of the mobile web to research purchase decisions. Nearly one-quarter of respondents to a survey from Oracle said that the mobile web is a critical touchpoint in terms of interacting with the B2B audience. Furthermore, making adjustments to SEO strategy to reach mobile users is quickly becoming a competitive necessity for B2B companies.