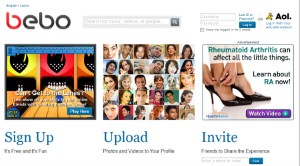 In the fast-paced world of social networks, marketers will have one less social site to worry about when it comes to keeping up with consumers. AOL recently announced it has sold Bebo to Criterion Capital Partners.

Tim Armstrong, CEO for AOL, says he believes Criterion can turn the social site around and "strengthen its foothold within the highly competitive social networking arena," but resurrection of the once promising site is unlikely. Multiple reports indicate the social site, purchased for hundreds of millions of dollars just two years ago, was sold for $10 million at most.

Bebo, once the most visited social site in the UK, never gained much prominence in the United States. According to comScore, the site had just 5 million unique U.S. visitors in May. On the other hand, Facebook attracted 130.4 million unique visitors in the U.S. last month.

Even as Bebo bites the dust, social media is alive and well when it comes to catching consumers online. Nielsen measurements indicate the number of global social network users jumped 20 percent in March 2010, with users spending 113 billion minutes on sites such as Facebook and Twitter.

Marketers may be interested to know that the social users are not only looking to connect with friends, but also brands when they log on. "Those who still think that social network users are too busy engaging with friends to notice marketers must change their viewpoint," said Debra Aho Williamson, eMarketer senior analyst.

In fact, a recent study from TubeMogul suggests that video ads placed on Facebook are one of the fastest growing ways to engage consumers on the web. Moreover, Twitter just this week launched its Promoted Tweets feature to help advertisers get their posts read by broader groups of users.