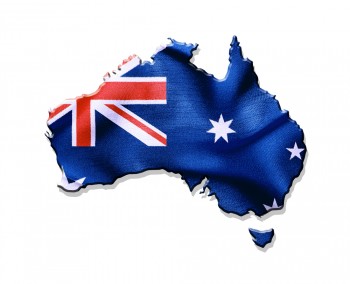 American corporations that serve international audiences may think they have an edge over their competition by adopting content marketing earlier on than most foreign brands. However, a new study from the Content Marketing Institute highlights the growing custom content market in Australia, and the report also highlights marketing evolution in the U.K. How does this data affect U.S. marketers? The world is catching up, accelerating efforts at a significantly faster rate than domestic campaigns. This means global market share may fall for American brands if they don’t act fast.

The report noted that 98 percent of B2B Australian companies and 89 percent of B2Cs use branded content to reach new and existing customers. Ninety-five percent of U.K. B2Bs use web content for the same reason. These figures are all higher than what was recorded in the U.S. – around 91 percent of B2Bs and 86 percent of B2Cs embrace content marketing as an effective practice. As for the trajectory of the average content marketing strategy across the U.S., U.K. and Australia, brands in all three markets say they will increase spending in 2013. Sixty-four percent of U.K. brands will increase spend, compared to 61 percent of Aussie companies. These two markets will outpace the content industry in the U.S. – only 54 percent of organizations plan to increase marketing spend this year.

Business owners and marketing managers located in the United States should focus their efforts on improving and perfecting their internet marketing strategies if they expect to compete with brands in the United Kingdom and Australia. While these markets may have lagged behind in the past, organizations have caught on to the power of content creation. Don’t have a global reach, but want to expand into new countries and territories? Brafton can help develop an international content strategy that reaches customers, no matter where they reside.