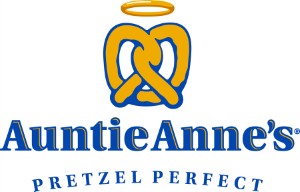 In an age when reports Forrester says 23 percent of social media users are creators who generate their own web content that potentially links back to businesses' sites or social pages (which Brafton reported was good for link building), marketers must realize that consumers' comments are critical to shaping a brand. With this in mind, Auntie Anne's gets an A in social media marketing for effectively engaging fans and followers and turning them into ready brand advocates.

The pretzel company has been around since the 1980s, and it takes advantage of its longevity by asking Facebook fans to share their Aunie Anne's memories. The company's Facebook wall serves as a forum for consumers' nostalgia. One fan comments, "I remember coming back from deployment in 2007 was my first time having Auntie Anne's. I will never forget the taste."

The company shows its appreciation for this pretzel story by replying, "That's pretty powerful! Who knew a pretzel would have such an impressionable memory. Thank you for your service!" It similarly "likes" comments and replies to wall posts from enthusiastic fans who offer flavor suggestions, request more store locations or share information about their favorite Auntie Anne's snacks.

In addition to regularly responding to consumers' memories and product requests, the business takes consumers' role in shaping its brand to a higher level by making fans' pretzel-related pics the face of Auntie Anne's. The company seems to be hosting a long-standing contest, where it instructs users to post a picture on its Facebook wall depicting "pretzel love," and winning photos will be displayed as the company's Facebook pic for a day.

Showcasing and supporting user-generated content carries over into Auntie Anne's Twitter profile. The company's Twitter page is almost completely covered in @replies to followers. At press time, the business' most recent tweet was thanking its 5,000th follower and offering this consumer a treat.

Notably, Auntie Anne's offers a valuable lesson in engaging consumers online – the company both rewards positive comments and responds to negative ones. When one social follower tweeted about Auntie Anne's "going downhill" after being sold to an Atlanta-based business, the company replied to the tweet: "Tell me more. I want to ease any concerns u may have." It was then able to address her doubts about quality consistency by describing the additional resources the company gained in the sale.

Businesses can take this successful exchange as a reminder of 360i's recent study that Brafton reported revealed Twitter users want a little more conversation from brands they follow. Also, by turning negative comments into an opportunity to engage Facebook and Twitter followers, brands may gain unlikely brand advocates from naysayers who appreciate the personal attention from brands.

Notably, dialog open to both negative and positive comments is the leading factor in whether consumers trust businesses on social sites, according to an Invoke survey relayed by eMarketer.