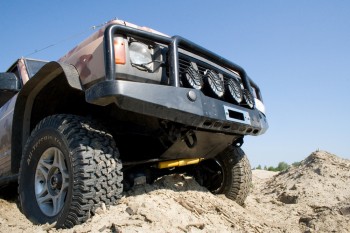 Social media – it’s not going anywhere – and neither are the experts who develop initiatives and strategies for sites like Facebook and Twitter. According to The Dachis Group’s Social Business Index, a report that ranks the world’s top-performing social companies, Chrysler, Carlsberg and Diageo proved themselves to be businesses with sound social strategies. Topping the list were National Amusements Inc. (Viacom) and The Walt Disney Company.

These companies sell different products and services, but they all understand the value of social media when it comes to engaging fans, promoting products and connecting with potential customers.

Chrysler promoted its Jeep 2014 models on social media sites in conjunction with an event that showcased the new models. The Grand Cherokee, Wrangler, Liberty and other Chrysler vehicles hosted discussions on their respective Facebook pages, with fans happy to gab about Chrysler’s new offerings.

“The unveiling prompted discussions across numerous countries’ Jeep Facebook pages. The sentiments expressed by fans were mostly favorable. Jeep Middle East showcased a test drive of the Grand Cherokee and a positive review of the new Jeep Wrangler. Jeep France promoted their products with the tagline: ‘Everything is possible in a Jeep.'”

Chrysler wasn’t alone. Producers and promoters of alcoholic beverages are also seeing increased engagement. Diageo, owner of such beverages as Smirnoff and Jose Cuervo, claimed the 27th spot on The Social Business Index, with a Smirnoff Facebook page with plenty of likes – the page has 8.7 million.

Before the Golden Globe Awards, Smirnoff asked Fans to vote for their favorite cocktails. The promotion generated 525 shares. Go Smirnoff!

Carlsberg, owner of Skol, also used social media to garner attention for an alcoholic drink. Carlsberg was proud to see so many fans coming from Facebook to the brand’s YouTube channel, as video marketing rises and becomes an effective promotional resource. Brafton has reported that video views grew by 59 percent in 2012, representing an opportunity for marketers to take advantage of the channel.

“The ‘Operation Skol’ video on the Brazilian channel shows army-like training for men running through obstacles with cups full of beer– and trying their hardest not to spill. This engaging video is short, compelling, and portrays Skol as a beer for tough guys. So, for all you badasses in Brazil, grab a Skol and drink up.”

Social media marketers and content specialists should take note, even if they work for small businesses rather than world class brands. All of these companies have developed effective social media strategies to put themselves on the map, rising above the competition.