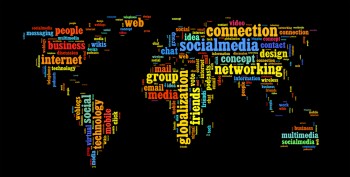 Digital marketing reaches consumers throughout the sales cycle. Brands can tailor media to resonate with prospects searching for new products or services, or they can develop campaigns that target buyers closer to the conversion edge. However, as companies learn more about digital channels and the avenues that generate the most new leads and sales, social media networks begin to stick out more prominently than most other outlets.

According to the Content Marketing Institute, 87 percent of B2B brands and 84 percent of B2C organizations use social networks to engage with new and existing customers online. Platforms like Facebook and Twitter help businesses distribute a wide array of branded content that sparks conversation on the web and leads to transactions. As 2013 edges ever closer, brands may want to discover which networks appear to be most successful for their peers. Webmarketing123’s “State of Digital Marketing 2012” report provides brands with overviews of today’s most popular social channels. It’s clear that both B2B and B2C companies prefer to use Facebook over other networks, while the subsequent order of popular networks varies depending on target audience. For example, B2C companies have little interest in LinkedIn, similar to how B2B brands leave Pinterest out.