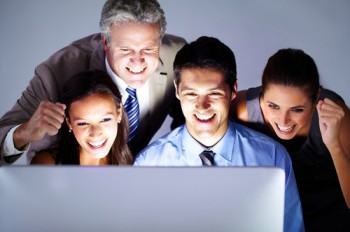 A report from the Content Marketing Institute and MarketingProfs found video marketing ranked among the fastest-growing forms of content marketing for 2012. According to the study, 70 percent of B2B brands employ video to build a stronger web presence, compared to just 52 percent in 2011’s poll. Research papers, mobile content and virtual conferences were also among the tools marketers have adopted more aggressively this year.

Video marketing ranked sixth in terms of total adoptions. The 70 percent of respondents using the dynamic multimedia platform ranked behind social media marketing, on-site articles and email among others.

Video’s continued growth in recent years is the product of many factors. Brafton recently highlighted data from comScore that found Americans that consumed more than 47 billion videos in August. In recent years, total viewership for web video content has fluctuated, but remained relatively high each month. Regardless of the exact figure, it’s clear that video opens marketers to a massive audience.

Aside from increased use, video ranked as one of the most effective forms of content marketing. Fifty-eight percent of respondents said they believe that video helps them achieve their outlined goals for the strategy. While 42 percent said they have found it less effective, video’s performance, like other forms of content, can be difficult to prove right away. As more prospects watch the clips and access other site content, brand awareness often increases as a result.

Seventy-nine percent of respondents said brand awareness ranked as a primary goal for their companies. Consistent content creation that drives social visibility and a robust overall web presence helps businesses achieve this awareness. Sales ranked as a top goal for 43 percent of companies, and it’s important that content generates revenue. However, awareness, lead generation and other objectives often result in these sales. As such, 60 percent said they gauge less tangible goals, such as awareness, by measuring web traffic, lead quality and rankings driven by SEO content. Other measurement criteria included inbound links, time on site and the raw number of leads they generate.

In general, video marketing opens B2B brands and other companies up to audiences looking for marketing content that is as engaging as it is informative. ComScore’s data revealed the audience is active in terms of consumption, but Brafton also cited a report from AYTM recently that said 90 percent of Americans access video on the web regularly.