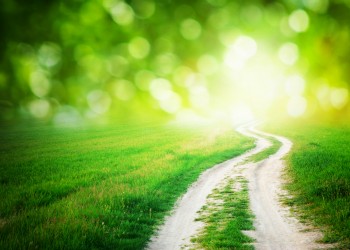 Conducting a web marketing campaign is a different task for B2B and B2C organizations. There’s always going to be an emphasis on quality content and social engagement, but the paths prospects  take to these two kinds of companies are different, as the data from a recent Conductor infographic indicates.

Conductor surveyed businesses and found they get traffic from channels in more or less the same proportions: 54 percent from organic search, 51 percent from email, 32 percent from social and 18 via PPC. However, the similarities break down once people are on site. For B2Bs, their actual customers are broken down as such:

In contrast, B2C operations see a much different spread:

One of the most glaring differences is that B2Bs get customers from a wider range of sources. This makes sense, as companies looking for long-term partners and significant commercial investment probably can’t afford not to be discriminating when it comes to finding IT support providers, logistics guidance or other similar services. Conversely, individual consumers can be less rigorous in their quest for products, making it less of a journey and more of a quick selection – hence the importance of PPC for B2C companies.

These patterns of customer acquisition indicate how brands should deliver custom content, but there should also be differences in the actual content itself. As Brafton reported, one of the hallmarks of B2B content is simply that it gets passed around to multiple readers and passed up commercial food chains. It isn’t going to be read once or twice – it needs to stand up to multiple sets of eyes with hard data, a clear value proposition and relevant information.

While Conductor’s data describes how businesses acquire customers, it doesn’t explain how to hold onto and engage with them. B2B content’s value is deeper, so single resources contain the result of much time and effort. B2C posts, in contrast, are published more frequently. A single B2B document can lead to one sale that accounts for the bulk of a company’s monthly goals, while B2C relationships are more frequently about volume and variety.