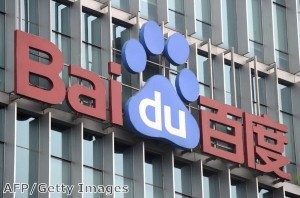 After Google pulled out of China last year due to censorship disagreements with the Chinese government, Baidu's popularity swelled. Now, the Chinese search engine may help Bing gain use abroad. Bloomberg recently reported Baidu is teaming with Bing to better field English-language queries, and international search marketers should take note.

Jake Li, a partner at Chinese analytics firm Guotai Junan Securities, told the source that this bodes poorly for Google. “This is not good news for Google,” he said. It may, however, be good news for Microsoft and marketers who optimize for Bing.

Last year, Baidu tentatively announced plans for international expansion. The company's first goal was to expand into China's neighboring countries, such as Japan. Baidu CEO Robin Li told the Wall Street Journal that Western countries are probable targets for an eventual launch, but because the competition level is so high in the United States, a proper release will require more planning.

Baidu controls roughly 80 percent of the search market in China, while Google maintains a hold on 19.2 percent, according to research from Analysys International. Meanwhile, Microsoft currently owns less than 1 percent of the market, though the Washington-based company captured more of the market last year, and Brafton has reported that it has also made steady gains in the U.S. search market.