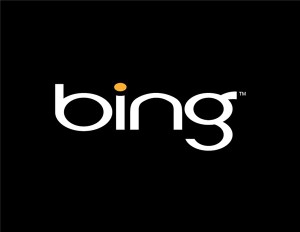 He may sing about his Empire State of Mind, but rapper Jay-Z has a history that spans continents, and Microsoft is using the launch of his upcoming book, Decoded, as an opportunity to show off what Bing Maps and Bing Entertainment can do. In a new multichannel marketing campaign, Bing is promoting its search features to a Jay-Z-loving audience.

The interactive game – Decode Jay-Z with Bing – lets fans use Bing to find locations that have impacted the musician's life, allowing them see snippets of the book in advance. Daily clues will be released that direct Bing searchers to map locations where they can catch glimpses of the pages.

Decode Jay-Z plays up the entertainment experience of Bing with its cinematic map landscape, and it promotes local search, as locations featured in the game correspond to exact spots where nearby searchers can find pages of the book in the real world. It also plays up Bing Shopping, as players have the opportunity to preorder a copy of the book online.

Additionally, the marketing push draws on Bing's recent partnership with Facebook, which Brafton reported last week. Users who register for the contest must be identified through Facebook Connect, and then players are encouraged to share the pages they uncover with their social connections.

Officials for the company say the game will help them tap into an audience of avid searchers – Bing's communications director, Lisa Gurry, told ClickZ her research shows that Jay-Z fans are heavy internet users. "We can reach this audience with a really engaging experience that hits a topic they're passionate about and it's a great way to build affinity for Bing," she said.

Marketers may be inspired by Bing's attempts to engage this audience with an interactive social game. According to Nielsen, online gaming is Americans' second-leading internet activity, outranking search and email.

Search marketers may also want to see if and how the search market shifts in light of Decode Jay-Z and other recent marketing campaigns from Bing (including sports-themed commercials that have aired during recent football games – available for viewing on YouTube). As Brafton reported, Microsoft's search engine seems to be on the rise, with Nielsen data indicating Bing has supplanted Yahoo as the No. 2 search engine. Brands may want to optimize their sites accordingly.