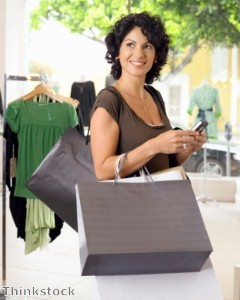 In its blog on Thursday, Yelp announced that its business review content will be used to power Bing local search results. While the feature is not currently live on Bing’s local SERPs, it presents an interesting countermove to Google’s integration of Zagat data as part of its Google+ Local announcement. Moreover, it may be good news for internet marketers with positive Yelp reviews as social annotations may enhance their local SEO efforts on Bing and boost organic search clicks.

On Bing local SERPs, users will see the reviews, images and other information included in Yelp regarding businesses in the categories they search. Yelp’s success has led many to wonder when a move like this would develop, though remaining entirely independent likely wouldn’t hurt the company much given the niche it’s carved as a premier destination for local business content.

One of Yelp’s most frequent uses among consumers is discovering new businesses in their areas. With so many Americans turning to search to find new restaurants, retailers and other companies, marrying the two services will likely prove a boon for both Bing and Yelp. It should also yield benefits for businesses with positive user-generated content. Marketers might also take recent local search developments as a cue to create content marketing strategies for local SEO to build local SERPs presence, as features that add more annotations to results may draw more search clicks.

In recent weeks, local SEO has become increasingly discussed given developments from Google and now Bing. The launch of Google+ Local, which replaced Google Places, gave Google the initial leg up, but the potential of Bing’s integration with Yelp could make the local search market increasingly competitive.

Establishing a niche for itself is critical for Bing as it looks to make up some ground from Google. In its most recent analysis of the search market, comScore found that Google fields 66 percent of queries, with Bing accounting for just 15.4 percent.