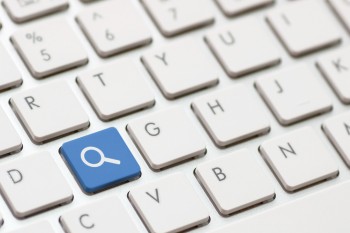 As search engines advance, the way they organize information inherently becomes more sophisticated. Just think of  the current contest Microsoft and Google are sponsoring. As Brafton previously reported, the companies are challenging programmers and information architects to come up with ways to identify entities and concepts in text. The ultimate goal is to understand exactly what searchers are looking for, even if they can’t articulate it themselves.

Google clearly dominates the search industry, as comScore’s figures indicate. Bing and Yahoo are a distant second and third, but that hasn’t stopped the lower-tier engines from trying to innovate their way out of the basement. Their thinking is that if the web is truly the meritocracy everyone makes it out to be, a superior service will come along and offer benefits to web marketers that can’t be ignored.

Bing has been injecting even more semantic data into searches based on context. The search engine has been providing tax help when searchers make relevant queries – at least until April 15, or the official end of tax season in the United States.

The latest updates are even more far-reaching. The Bing Blog just announced the addition of over 150 million entities to the search engine’s databases. This means there are even more information-rich results beyond just sites and pages that could be prompted following a user’s search.

Instead of finding a company via landing pages, customers of the future might come across a Tweet or video that appears on a Knowledge Graph.

Going outside of SERPs

This is all well and good for catching up on gossip or researching term papers, but what does it have to do with web marketing? Ultimately, it indicates that in the near future searchers aren’t just going to be scanning hyperlinks to other websites when they perform queries on any search engine. So instead of finding a company via landing pages, customers of the future might come across a Tweet or video that appears on a Knowledge Graph.

The common thread is quality content and diverse media. As social networks diverge and online users are increasingly atomized, there’s no single way to reach prospects and leads. Rather, web marketers best bets are to create content that appeals to a target demographic and offer as much information and media as possible. One way or another, search engines will take note and connect brands with clients.