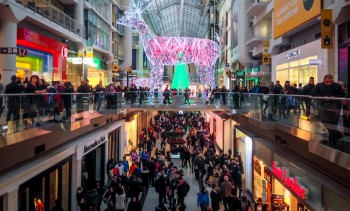 The difference between deal volume and deal value is often wide enough that the adage “less is more” applies. Sometimes, brands need to find their money audience, rather than a general pool of web traffic, to balance the ledger and see big revenue this holiday season.

Case in point: Adobe looked at how much the average visitor from different social media marketing channels spent on Black Friday deals. According to the data, the clear winner was Facebook, with a mean spend of $114.45. Next up was Pinterest ($93.20), followed closely by Twitter ($90.74). Clearly, Facebook proved to be a great medium for encouraging spend on seasonal promotions, and that’s where most brands found their money audiences.

So what is a money audience – and how can marketers figure out if it’s Facebook or something different? One way is to use common sense – and analyze the data out there. As Brafton reported, male usage of Pinterest is on the rise – but it’s still an overwhelmingly female channel. So beauty products and women’s fashion would naturally thrive on the network.

However, it generally isn’t that simple. Companies will occasionally try a scattershot approach, which is only defensible when it’s used to accumulate data at the outset of strategy implementation. For example, a Brafton client in the home and office decor industry began a campaign including Facebook, Twitter and Pinterest. Its offerings were basically gender-neutral, so it wasn’t clear which channel would perform best.

But after a few months of research, it was clear Pinterest got the most engagement and far and away more interest than other network. By refocusing on that avenue, the brand ensured its number one source of referral traffic was Pinterest.

Holiday shoppers in general seemed to prefer Facebook on a per-dollar basis, but keep in mind that every customer is different, and each group of consumers will interact with social media marketing differently. Find YOUR money audience to fuel to most conversions for your business.