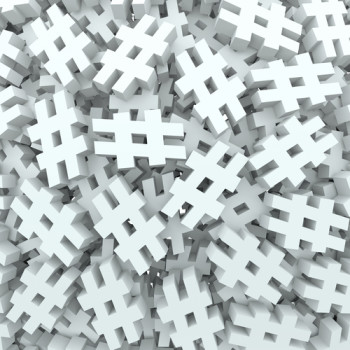 Marketers who were skeptical of Facebook’s decision to introduce hashtags to its social content might be warming up to the idea of organizing their updates with the symbol. If they don’t, they risk falling behind other major brands that have already embraced the Facebook hashtag, according to a new survey by Simply Measured. Marketers are realizing they can use hashtags to make their content more discoverable and promote cross-platform engagement.

Between June 12th and 24th, approximately 94 percent of top brands have posted social media content on Facebook and 56 of them have included hashtags in their updates, the survey found. A handful of advocates (6 percent) used the symbols in 10 or more posts, while the majority have experimented with hashtags. Thirty-eight percent have sent two and 18 percent posted five or more in the two weeks since they were introduced. Hashtag acceptance is picking up steam, the survey found. More than a quarter of brands shared content containing the pound sign on June 20, much higher than the 3 percent that sent hashtagged content on the day the feature rolled out.

The uptick might be attributed to marketers realizing how hashtag use can increase their web content’s reach. Simply Measured highlights Kentucky Fried Chicken’s use of the Facebook hashtag in a recent post that asked followers to share photos of their grilling skills on Twitter, Vine and Instagram with the hashtag #KFCGrillmaster.

With 1.11 billion monthly active users, Facebook is still the leading social network and brands can capitalize on its massive global footprint to increase campaign engagement across other social platforms.