Brands that respond to social questions reap the rewards | Brafton 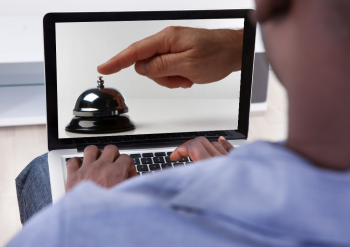 If you’re going to let customers ask questions on social media, you had better respond promptly. According to a recent survey by Socialbakers, only 13 percent of brands have unlocked their Facebook Walls for open commenting by customers. However, of those that are open to direct questions, 67 percent respond eventually.

You might think those 67 percent would be sitting pretty among users, but it isn’t necessarily the case because they’re frequently too late to have an impact. The study dug into response times and found the average, across industries, was over 24 hours. Brands may think their answers fall into the “better late than never” category, but that isn’t a chance they should take with social marketing. After all – the primary benefits of open dialog with customers are generally lost when responses are slow.

A Lithium Technologies study found 24 hours just doesn’t cut it. In fact, 53 percent of customers expect to hear back from brands within an hour. The consequences of missing this deadline can be dire: 38 percent form a negative opinion of companies that are late to respond. Yet promptly answering is better than just avoiding a drop in confidence: 42 percent of customers who see swift engagement from businesses will take to social media and promote the good service they received.

It’s curious to see companies failing to capitalize on this phenomenon, especially considering they all want to. An AdEspresso survey asked marketers if they planned to use social media for customer service in 2013, and 80 percent said yes. However, the practice clearly hasn’t taken off, perhaps because companies don’t think they have the staff or bandwidth to jump over customer questions as they happen.

This highlights an important value contained in social media marketing. While a company can get along just fine with a content-only strategy that emphasizes blogs and news articles, it takes active engagement on social networks to the next level. Businesses interested in widening their scope and attracting new pockets of customers should think carefully about an always-on approach to dealing with users on Facebook and other channels.