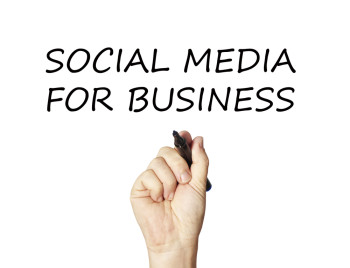 ​Americans and marketers are accustomed to social media innovations. Every year a new platform enters the U.S. market, promising to change how consumers communicate forever. While few networks live up to the hype and become integrated in daily life, several companies like Facebook, Twitter, LinkedIn, Google+ and Pinterest compel entrepreneurs and startups to push the bar higher. With recent updates to each platform, social media content has become a top priority for these networks in making their sites stickier and more engaging, which can be good news for businesses publishing branded media on the social web. Social media dominates the average hour online.

Consumers drive social media’s dominance, spending significant time accessing personal accounts each day. An Experian Marketing Services report found that, if internet use on personal computers was distilled into an hour, approximately 27 percent of that time would be spend social networking in the United States, U.K. and Australia. Whether at work or at home, consumers visit their profiles regularly for updates, more so than any other type of web entertainment.

Smart brands know content – from clickable graphics to value-add promotions – is the way to get users to spend their social time with a company.

Social is the means to mobile marketing

Interestingly, time spent on social media networks dropped 3 percent over the last three years from 30 percent to 27 percent in the U.S. Experian noted that internet users increased their consumption of news content and dedicated more time toward online shopping over that same time period. It’s also important to report that personal computer internet usage may have fallen because of the rise in mobile connectivity across the globe.

Research and Markets also noted in its recent social media marketing analysis and forecast that the channel will experience continued growth through 2017. The source projects the total number of social users worldwide will grow from 1.8 billion at the end of 2013 to 2.5 billion by 2017 – an increase of 38 percent over five years. The source also expects social revenues to increase from USD 16.2 billion this year to USD 30.1 billion in 2017, an uptick of 86 percent across five years.

It’s clear that brands must continue to explore social media marketing and the impact it has on lead generation and revenue, as users and marketers alike spend more time and money on popular networks.