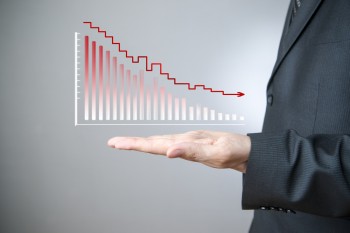 Conversations about content marketing usually orient themselves around search engines – particularly Google. SEO more or less drives web marketing, and understanding what the industry leader does and how it operates is crucial to producing the best content. Yet it might shock brands to learn that search engine traffic is declining.

According to a report from Shareholic, there has been a substantial dip in the amount of traffic all search engines have received since Q4 2013. Minor engines like Ask.com and AOL saw big drops of 27 percent and 32 percent, respectively, and Yahoo and Bing weren’t immune either. They both saw total traffic decline 31 percent.

However, the biggest surprise might be that Google followed the same trend, albeit not to the same extent. Since the end of 2013, total traffic to Google.com shrank 17 percent. Does this mean content marketers can stop orienting their efforts around Google’s model?

Don’t give Google the cold shoulder just yet

Ultimately, this is a symptom of the fragmenting web. On one hand, consumers increasingly use non-search sites for commercial research. As Brafton reported, consumers are 62 percent more likely to buy items after seeing content about them on social media, making sites like Facebook a hotbed for information sharing and retrieval.

It’s also important to remember that mobile devices are withholding a lot of usurping search traffic from traditional channels. Many smartphone users skip search engines in favor of apps and direct traffic to mobile sites, so this could account for drops in traffic to Google.com and other search engines. When customers are on the go, they want information fast, they may not want to scroll through SERPs to find specific answers.

Before anyone writes Google and other search engines off, it’s important to realize there are still plenty of other search services that support the same system. YouTube, for instance, is massively searched and gets tremendous traffic. So a 17 percent dip in Google’s search traffic may in part be due to video seekers who go right to YouTube, rather than clicking video results in traditional Google SERPs. In fact, YouTube recently announced an even closer tethering with its parent company by announcing YouTube messages would now be connected to Google+ accounts.

Ultimately, the news of search engine traffic decreases should signal to brands they need to optimize content marketing materials for various channels and search habits. Owning high-ranking Google results is valuable, but it’s been a long time since it was the single-most important indicator of traffic and web health. While a few sources might provide brands with the most value, companies see their customers begin in a variety of origins.