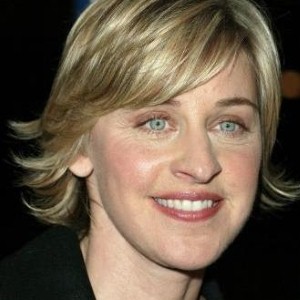 Today, fans of The Ellen DeGeneres Show may be interested in tuning into the AOL Television site, which may prove very interesting to marketers. AOL and Telepictures Productions have announced a partnership that will share content, traffic and promotion between the show's website and the AOL Lifestyle and AOL Entertainment groups.

According to the deal, Ellentv.com will promote AOL content. The website features links to AOL.com and recommends other AOL content at the top of the page. The bottom of the page also offers links to AOL pages that consumers who like Ellen's show may find relevant, and it indicates that the page is sponsored by AOL Lifestyle.

This will likely help AOL catch the clicks of women between the ages of 25 and 54, who are Ellen's key demographic. These internet users will be exposed to AOL content – and the ads sponsoring this content. Marketers interested in promoting their brands on the AOL sites linked to Ellen will likely be pleased about the recently renewed and expanded deal between Google and AOL, which Brafton reported last week. Google is now giving the small search engine some of its strongest ad formats for AOL advertisers.

AOL may also be a more appealing ad platform for marketers targeting the same demographic as the Ellen show since the search network and Telepictures will collaborate on digital sales packages for special events. These may include tie-ins and custom deals during Ellen's Twelve Day Give Away during the holidays.

David Eun, president of AOL media and studios, says the company believes its users will now be offered "new, compelling video and content" to improve their overall web experiences. "This partnership with Ellen is an excellent example of AOL's commitment to bringing premium content to our audience through strategic partnerships that complement the broad, engaging original content we have across AOL's network of sites."

Between its partnership with Ellen and the expansion of its deal with Google, it seems AOL is trying to revitalize its brand among consumers and marketers. It may need all the help it can get – the latest comScore report reveals that AOL continued its decline in the search market this summer, dropping to 2.3 percent of explicit core searches in July.