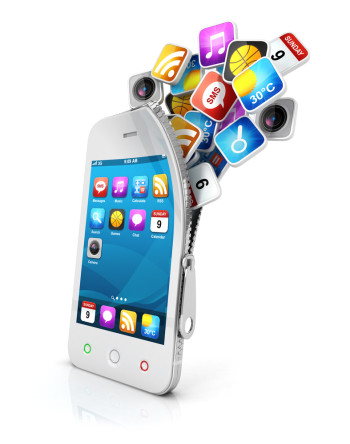 As the population of smartphone owners continues to climb, webmasters will notice that a greater percentage of the web traffic going to their online content comes from mobile devices. Brafton recently reported that visits from smartphone- and tablet-users have already increased 52 percent year-over-year. Depending on brands’ site designs, this trend might elicit panic or excitement.

Brands with responsive web designs will have no problem accommodating visitors using various screen sizes, but companies with slow-moving desktop pages will find it challenging to get smartphone users to their landing pages, let alone convert them.

There’s new evidence that suggests marketers don’t necessarily need to spring for new websites right away (although keeping one in the budgeting pipeline can’t hurt). A report from Vision Critical found that smartphone users are also converting after engaging with social media content on Pinterest, Facebook and Twitter. Approximately 35 percent of surveyed Twitter users said they completed all of their social-inspired purchases directly from smartphones. Another 46 percent agree they did most, or at least some, of their buying on the smaller screens, while just 19 percent said they used desktop computers to complete transactions.

Approximately 35 percent of surveyed Twitter users said they completed all of their social-inspired purchases directly from smartphones.

This finding was not isolated to Twitter account holders. Around 17 percent of Facebook members who discovered products via the network when on to convert using their mobile devices, and 40 percent did the same for some or most of their buys. Pinterest users showed similar behaviors, with 19 percent completing all transactions over mobile and 43 percent buying a portion of products and services over mobile tech devices.

Marketers who worry about losing conversions because brands lack impressive mobile web pages can invest in better social media content to level the playing field. Consumers want to read engaging and entertaining updates, but they are receptive to promotional posts on occasion. Timing an update just right can drive conversions with on-the-go customers.