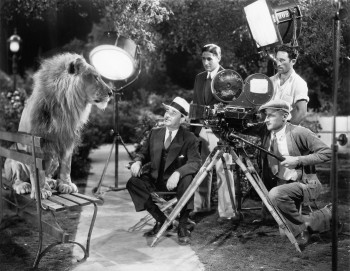 Big brands have frequently relied on celebrities to bring additional buzz to their advertising campaigns. Now, companies have even been doing the same with their online content. One recent example is McDonalds, who took the spotlight for its successful Snapchat debut that featured Lebron James. But the limelight may be fading from celebrity guest appearances, according to an Unruly study.

The Science of Sharing 2014: Super Bowl XLVIII Study used the organization’s ShareRank algorithm to evaluate the popularity (and thus, success) of various brands’ advertising tactics this year. While this could be troubling for major corporations that planned to use famous faces for video virality, it’s a positive development for smaller brands that rely on in-house or agency creativity to gain web visibility.

One of the most notable findings in the study is that celebrity appearances didn’t have much of an impact for this year’s biggest Super Bowl ads. The video content with the most shares (1.6 million, according to Unruly’s counts), was Budweiser’s Puppy Love commercial, featuring the heartwarming reunion a puppy and Clydesdale horse. The runner up was also notably void of celebrity appearances – Coca-Cola’s It’s Beautiful included a montage of diverse American families. The third and fourth places did include familiar faces (Jaguar’s British Villains Rendezvous and Kia’s The Truth), but Unruly claims the guest spots did little for the ads’ shareability. Instead, the report posited these videos performed well because they triggered specific emotions within viewers, like exhilaration and surprise.

In fact, the study claimed companies need to trigger the right emotions in viewers/readers/consumers, and that may require marketers to travel new and uncharted roads.

Laughter might be the best medicine, but it’s not always the best line to walk for content marketing success. Unruly reports this is the most common psychological response people attempt to elicit, and it’s easy to see this across the internet landscape, although, B2B brands are still working to fold humor into their corporate messages without sounding silly. Companies without an easy entry point for jokes might be in luck, because humor is apparently also the approach that’s easiest to muddle.