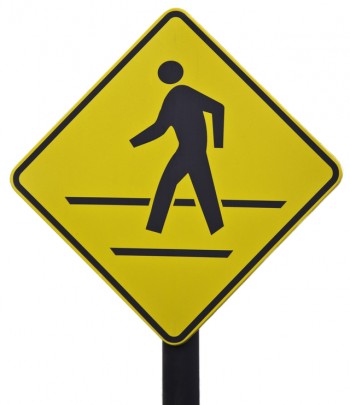 In its annual “State of News Media” report, the Pew Research Center confirmed that digital reporting is becoming a focus for more organizations. Between traditional media outlets investing in the infrastructure to support online video content and journalism jobs migrating to digital-only news publications, it’s evident a major shift has already taken place. Brands are foolish to ignore these trends and consider their offline marketing a match for newer digital strategies.

Will online video content be the top way to view news?

People are watching more videos online, including both clips for entertainment and news coverage. ComScore’s latest Video Metrix data revealed American viewership is up to 183 million from 180 million last year.

Pew’s data suggests that it’s not just cat videos that catch people’s eyes as they surf the web, as the number of adults who watch news has increased 9 percent annually since 2010. At present, around 30 percent of American adults go online to watch the news videos.

Many brands have caught on, and see video marketing as a top way to keep target audiences up to date on industry developments. Over half of marketers surveyed by Regalix said their companies were investing more in this format for 2014 because the majority (77 percent) see that their visitors want visually enhanced experiences. While job opportunities are flourishing on digital forums (Pew points out that BuzzFeed is building, rather than losing credibility as an online content provider, and now has 170 staff members), they are drying up at traditional news forums.

Nearly a quarter of U.S. newspaper international reporting positions have disappeared in the the past decade, according to the report. At the same time, global news coverage has expanded among digital-only publishers that staff multilingual writers internationally.

Social is a top source for live coverage

There is additional evidence that news updates are increasingly being delivered (and consumed) on social channels. Approximately 3 in 10 Facebook users get news updates from the site, followed by 10 percent of YouTube viewers and 8 percent of Twitter members.

This is a smoke signal that media outlets and brands publishing industry news should be on social forums, sharing their most recent posts. According to Pew’s findings, around half of people on social networks will even do some of the work to get them in front of larger circles by distributing them to larger audiences.

The demand for news content is just as strong

These changes may be a far cry from the way consumers once received news. Individuals may not be walking outside to pick up a paper every morning, but that hasn’t subdued their craving for timely developments. They’re going online instead – and using their favorite devices to do so. The companies that meet them there and provide continual updates will be the ones to maintain loyal readerships and attract new audiences.