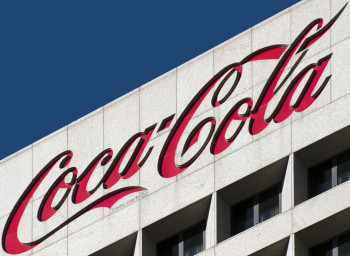 “None of our plans are simply social, or TV, or mobile or experimental. On the contrary, it’s the combination of owned, earned, shared and paid media connections – with social playing a crucial role at the heart of our activations – that creates marketplace impact, consumer engagement, brand love and brand value.”

Clark expands upon her statements by highlighting how the company uses Facebook to track closed-loop sales from site exposure to in-store purchases. She notes that the company experienced above average results from Facebook marketing initiatives, beating out returns Coke sees from other media.

Coca-Cola has more than 61.7 million Facebook Likes, 3.3 million YouTube video content views, 204,000 LinkedIn followers and 63,000 Twitter followers. In the past, Brafton has reported on Coke’s secrets to marketing success: The foundation, says Clark, is a great content that tells a story, and social spread is essential to building “exponential” reach. With such a wide reach, Coke continues to explore the relationship between social chatter and in-store transactions, and the brand tries to link online buzz to the rest of its internet marketing arsenal. While it might be tricky to measure the actual, total sales impact of social efforts, the broader picture determines that active social presences support all new-media marketing efforts for long and short-term results.