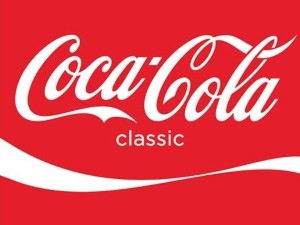 There’s something to be said for taking bold marketing steps to speak to consumers about a product, but there’s also something to be said for letting the product speak for itself. The latest campaign from Coke is finding success with a little bit of both philosophies – the company has launched a social media initiative, but generally Coke drinkers do the talking.

The Coca-Cola Facebook page is somewhat understated – it features a simple picture of the classic bottle, with a brief history of Coke. It has a unique set of guidelines – called the House Rules – where Coke explains to fans that they are “encourage[d] to leave comments, photos, videos and links.” While many other brands use their pages to advance promotions, Coke is letting users play a part in creating the brand by giving them a blank canvas where they can leave their marks.

The result is an international brand advocacy site, free of charge for Coke. The page’s more than 8 million fans have left videos or pictures of themselves drinking Coke around the world. There are occasionally plugs for Pepsi posted on the site, but overall, the campaign is generating a lot of buzz for the brand straight from the mouths of Coke drinkers. Coke’s director of worldwide interactive marketing, Michael Donnelly, recently told Media Post, “on Facebook, alone we get 5,000 mentions per day – 99.2 percent of which is popular.”

Coke’s decision to let consumers shape its social campaign inspired two Facebook fans to start the “Dusty and Michael” online series. The two brand enthusiasts post videos on the fan page as well as on YouTube. To support this kind of user-generated content, MediaPost reports that Coke is now allowing Dusty and Michael to coadminister the Facebook page – a move that truly allows fans to help define the brand. Coke is also helping Dusty and Michael produce and distribute their humorous clips.

This strategy is paying off for Coke when it comes to sparking word-of-web recommendations for their brand. The Dusty and Michael series garner up to tens of thousands of views on YouTube as well as Facebook “likes.” One YouTube video in particular, a shout out to the Dusty and Michael’s fellow brand enthusiasts, generated comments that indicate how Coke’s recognition of consumers’ participation on social sites is promoting brand loyalty – “I love Coke,” said one.

Coke’s successful user-generated content should inspire marketers to give fans opportunities to contribute to their campaigns and to show gratitude to those who help promote their brands. Recent data from Performics shows that 32 percent of consumers looks to recommend their favorite brands on social platforms, and the E-Tailing Group reports that Facebook chatter influences purchase decisions for nearly one-third (31 percent) of consumers.