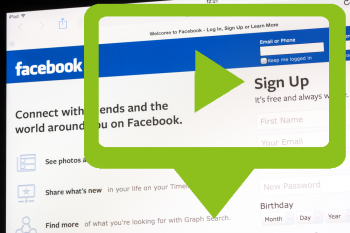 As far as video marketing platforms go, Facebook is giving YouTube a run for its money. The social network recently passed a staggering milestone: It now averages over 1 billion video plays each day. Given this massive number, it’s hard to argue against a video strategy that involves Facebook, and the channel is making it even more enticing for brands broadcasting their video content. It added view counts to all public videos across the site, so it’s easy to track how well a clip is performing.

Facebook video plays have been skyrocketing over the past few years, as Brafton reported. In fact, the total number of views grew 785 percent from 2013 to 2014. Perhaps even more importantly for brands, engagement increased 25 percent during the same span.

However, what’s been happening since then is even more remarkable. According to Facebook’s own reckoning, video views increased 50 percent between May and June 2014, and 65 percent of those views now take place on mobile devices. Simply put, video is becoming a major part of Facebook marketing strategies, and the two really ought to be executed hand-in-hand to take advantage of the synergy between them.

Get on board the video marketing train

Brands looking to get more out of their existing video marketing should be publishing on Facebook as much as possible. The most compelling reason to do so isn’t the new play counts, it is the added reach the network confers. According to a study by Quintly, while videos make up less than 5 percent of all posts on Facebook, they generate far more engagement than other types of social content (2183 engagements per post, versus 1358 for photos and 548 for text-only statuses).

Because engagement increases content visibility to other users, this is a simple and easy way to increase brand awareness and put content in front of larger audiences. Bottom line: more reach and more results.