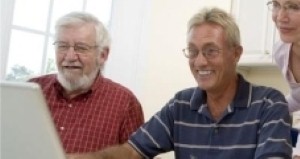 Marketers know that content is key when it comes to driving organic SEO, and new evidence from comScore indicates that creative is essential to driving sales as well. A new study released by the research firm reveals that quality content is the most important factor in converting prospects into customers on the internet and through traditional marketing channels, even though many businesses tend to overlook creative components in the process of developing ad campaigns.

The study shows that ad quality was accounted for 52 percent of sales changes for the brands analyzed by comScore. In comparison, media plans accounted for just 13 percent of sales changes and other components, such as distribution and pricing, were responsible for combined 35 percent. This should tell marketers they need to allocate a significant share of their budgets to content creation.

Jeff Cox, executive vice president of comScore ARS, summarized the study's findings: "creative is the single most important factor and accounts for over half the changes in a brand's sales over time." He believes it is time for businesses "to get serious about optimizing their creative on the front end so they don't get a rude awakening when the ads don't work and they are left wondering what went wrong."

To offer prospects the most relevant information, companies should invest in researched content that offers industry insight and establishes a brand as a thought leader. As Brafton reported earlier this year, a study from the Bloom Group shows that research-based content was common to businesses that generated more than 30 leads per month.