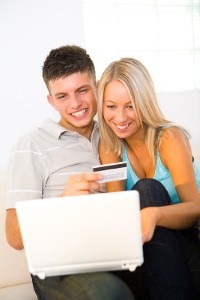 Market research firm comScore reported over the weekend that American consumers spent $816 million online on Friday, as MarketWatch said that in-store traffic generated more than $11.4 billion in sales for retailers throughout the United States.

In-store sales figures increased 6.6 percent and total store visitors rose 5.1 percent this year, MarketWatch reported. On average, shoppers spent $400 this weekend. While most plan to spend more during the holidays than they did in years past, consumers are more aggressively pursuing the best overall values.

“Despite some analysts’ predictions that the flurry of brick-and-mortar retailers opening their doors early for Black Friday would pull dollars from online retail, we still saw a banner day for ecommerce with more than $800 million in spending,” comScore chairman Gian Fulgoni said in a release. “With brick-and-mortar retail also reporting strong gains on Black Friday, it’s clear that the heavy promotional activity had a positive impact on both channels.”

Marketers must focus their campaigns on highlighting the value their products and services offer to spark the interest of shoppers throughout the holidays. Moreover, MarketWatch said it’s no longer true that young people are the only consumers spending online. The overall value of shopping online – including factors such as reduced spending on gas – appeals greatly to cost-conscious adults of all ages. Developing content marketing campaigns aimed at varying demographics can help companies appeal to multiple age groups and boost their sales.

Brafton reported on Wednesday that overall ecommerce spending during the holiday season is expected to increase 15 percent in 2011 compared to 2010. Marketers must alter their web campaigns to target the increased volume of online shopping. Moreover, monitoring Google Trends(L) will give businesses an idea of topics and key terms most likely to generate quality web leads.