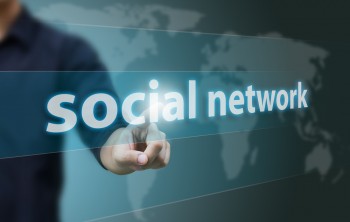 While people actively log into their social media accounts to update their Facebook statuses or share content with connections within their circles via Google+, Americans use these platforms to engage with secondary sites, too. According to Janrain, 87 percent of people register for accounts on websites using existing social network or email identities. The process, also known as social login, helps solve the challenge websites face when encouraging prospects to register for their services via traditional methods – users just don’t want to fill out any more forms. This technology gives people the chance to bypass sign up forms using Facebook, Google+ or other accounts. Facebook remains the dominant platform for websites offering social login capabilities, but Janrain’s recent study shows that Google+ continues to gain ground. The report noted that Facebook’s overall share of social logins for the fourth quarter of 2012 dropped to under 50 percent, a quarter-over-quarter loss of 5 percent. Meanwhile, Google+ increased its share of social logins from 25 percent to 31 for the final quarter of 2012. Twitter also experienced a decline in social login share, which dropped 3 percent quarter-over-quarter to account for 7 percent of overall registrations.

As for industry sectors, specific types of sites encourage users to login using different social media accounts. Janrain indicates that media sites often garner approximately 50 percent of social logins from Facebook and about 20 percent from Google+. In the retail industry, around 55 percent use Facebook to log into services and up to 30 percent use Google+. Perhaps the biggest disparity came in music sites, where 60 percent use Facebook to log into sites and 15 percent use Google+. Facebook commands control over social logins, but Google+ increased its share in certain sectors, which supports the idea that Google+ will continue its rise to power.

The data can inform future marketing decisions, as Janrain’s study showcases how people have become comfortable with granting sites access to their social profiles. More, social media marketing professionals may see that Facebook users prefer to engage with branded content every so often, and that well-written copy or produced video content can lead to additional sales.