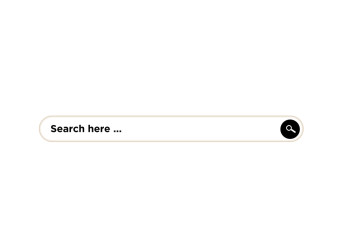 ​Brands that personalize their internet marketing collateral to resonate with target audiences see sentiment toward products and services increase significantly. However, consumers have clear preferences on where they want to engage with customized advertisements on the web. For example, internet users prefer search engine results pages to surface fewer paid ads than mobile or social media experiences.

In a Responsys survey from April 2013, about 67 percent of U.S. web users thought it was important for companies to personalize email content. Forty-four percent said brands should engage in smarter social media marketing to personalize content, while only 36 percent said the same thing about display ads in SERPs. In fact, consumers cited search ads as being their least favorite form of targeted ads, according to the source.

An eMarketer report noted that total desktop ad spend is expected to peak by 2014, totaling $34.29 billion this year alone. The Online Publishers Association found that approximately 73 percent of surveyed U.S. organizations already have native ad campaigns in place to further nurture leads through paid content. However, it may be wiser for marketing teams to reevaluate their lead generation processes to reflect prospects’ true motivations.

According to an Economist Intelligence Unit survey, 37 percent of surveyed buyers say they believe​ companies should personalize their external communications and webpages for each user,​ which speaks to the value of on-site optimization more than ads in search. It’s important for brands to not overload their visitors with an array of ads, so content marketing may be a more effective long-term.

37 percent of surveyed buyers say they believe​ companies should personalize their external communications and webpages for each user.

Today’s average online user doesn’t want to feel like his privacy is at stake, yet he prefers the web experience to mirror his own interests. It’s easy enough for brands to retarget advertisements or create display ads based around previous online queries, but most buyers aren’t looking for this time of interaction via SERPs. Sites like Google help consumers find information, and they’re still more likely to click on organic links than sponsored content. Investments in practices that increase organic web content prove fruitful when compared to PPC and other display-driven concepts.

Brafton reported that more than 33 percent of people said they’d leave websites that featured too much irrelevant or sales-driven content. Instead of focusing on paid campaigns as ways to capture prospects’ attention across the ‘net, brands must be reminded of custom content’s influential power on users’ decision-making processes. It remains the most effective way to drive website conversions.