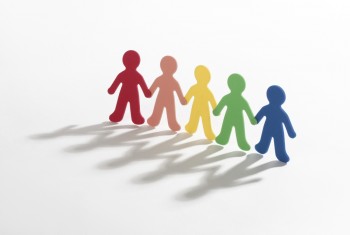 U.S. consumers prefer to purchase products or services from brands that engage in community activities, as Brafton has reported. In fact, Americans invest in brands when organizations embark on charitable ventures, making the practice standard among influential corporations.

Thirty-five percent of survey respondents say they believe that much of today’s social change is powered by social media.

A new study from Havas Worldwide supports this notion, indicating that social media has played a significant role in keeping internet users aware of the world around them. According to recent findings from the agency’s “Communities and Citizenship” study, 35 percent say they believe that much of today’s social change is powered by social media. In fact, almost three-fourths of survey respondents indicated that as brands become more powerful, they must behave with the public in mind and support causes via social platforms.

“As corporations have grown in size and power, people are expecting more from them,” Havas CEO David Jones said. “They want big business in general and their brand partners in particular to play a role in driving positive change and to work toward the greater good rather than acting solely on the basis of their own agendas. Consumers are rewarding those businesses that take the lead and punishing those that don’t.” More, 68 percent say that businesses have as much responsibility as governments for facilitating positive social change. Nearly two-thirds say that businesses are better run than government agencies. Sixty percent want their favorite brands or companies to focus on developing their roles in local communities. Brands may see this data, and feel added pressure, as consumers increasingly expect organizations to enforce social change. However, many organizations embrace this role, using their marketing materials as platforms on which to promote societal progress, while promoting their products or services.

With success comes responsibility, and for brands that want to start their own mini-revolutions, social media is the channel of choice. According to Havas, 88 percent of survey respondents use social media daily, and 45 percent admit that networks like Facebook make them more politically aware and active. Organizations that want to spark engagement through social stances can develop social media marketing campaigns that deliver messages beyond key sales propositions, but firm social beliefs. Of course, these types of strategies run the risk of isolating certain demographics, but U.S. consumers expect corporations to take necessary risks these days – so, the question remains, will brands participate?