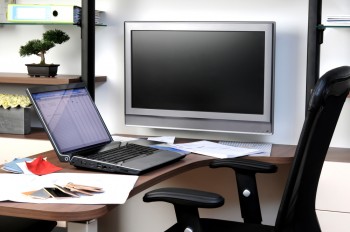 Technology is changing how people interact with content. For businesses banking their marketing budgets on the speed of such changes, it may not be evolving quickly enough. For instance, research by the Bureau of Labor Statistics indicates the average American still watches over five hours of television every day. It’s difficult to imagine how blog posts and news stories can compete for prospects’ attention when they’re still dialed into a more immersive medium.

Except they’re not. Americans may be watching more TV, but they aren’t paying as much attention. When there are smartphones, tablets and laptops available for use in front of the television, it’s fair to say viewers aren’t quite as engaged as they were in the past. That’s true even if what they’re viewing on their second screen is related to what’s on the television. In fact, a study by AdReaction found, on average, 76 percent of the time people were using internet-enabled devices in front of a TV, the content they were viewing had nothing to do with the broadcasts they were watching.

The rise of portable and internet-enabled technology now means users have choices when it comes to the media they consume. This is great news for companies engaged in content marketing because it offers proof people are more interested in what they can organically find, rather than what’s put in front of them.

For example, businesses can consider upping their social media game without fear that TV will provide a distraction. As of 2012, 68 percent of respondents to a Nielsen survey admitted that they used a phone or tablet to browse the internet while watching TV. These devices are extremely compatible with online platforms, and brands active in social media marketing can capture this demographic fairly easily.

It also isn’t a stretch to use videos to market a business, even if a target audience is already watching television. As Brafton reported, customers are more likely to purchase products or services if they can watch related video content. There’s no reason to believe that users aren’t browsing for commercial items while watching TV, so don’t be afraid to produce relevant video marketing materials that can be viewed at any time of day – particularly during prime time.