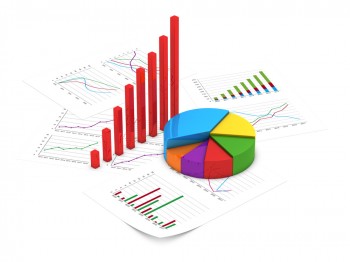 Most marketers probably think exposure is the single most important aspect of their content strategies. They want to get into those coveted top-10 SERP spots. The best information, whether it’s in written form or produced in a video studio, is going to rank highly and be very visible to the right subset of internet users. However, many companies are starting to look beyond simple search rankings and focus on user behavior for their content marketing and social media plans.

For example, marketing startup Synthesio recently received $20 million in funding to produce software that measures user sentiment on social networks and blogs. This information is apparently worth a lot, as it gives companies insight into more than just how many people are talking about a company. Instead, it lets them understand exactly what sorts of things they’re saying.

Understand how people talk about you

Businesses want to know how people are talking about them just as much as they want to know what they are saying. Research company Netbase just released a survey  that discovered what sorts of metrics businesses (B2B and B2C) use to track users’ behavior on social media. It turns out 60 percent follow individual campaigns, while 48 percent conduct overall brand analysis. However, around 66 percent measure general engagement on social platforms, meaning they track whether they’re getting Likes, comments, Retweets or +1s.

According to a study by Chartbeat, one out of every 100 people who visit a Twitter page will compose a Tweet. The same number of users who looked at a Facebook brand page would net eight Likes. These are interesting facts, but they’re no longer as actionable. One Tweet to the right person might produce a chain reaction of Retweets, assuming the original user was an influencer. Similarly, brands that show up in Facebook News Feeds often do so because active social users are the ones liking posts.

Ultimately, this evidence brings the conversation back to the idea that not all social followers are created equal, as Brafton has reported. Impassive, neutral followers who just provide Likes and +1s shouldn’t be a brand’s content marketing goal. Instead, positive sentiment, frequent engagement and high overall interest are what drive leads. Look to produce content that resonates with the right demographics you want to sell to anyways, and don’t chase the allure of social media stats that are ultimately hollow.