Why so serious? Your audience likes humorous content [study] | Brafton 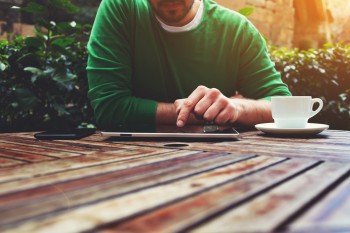 Email is one of the most popular and effective content marketing tactics, despite that it’s so competitive. According to the Radicati Group, the average business person sees over 120 email messages a day.

How can you make sure your messages are not deleted immediately, but opened and read by your target audience? Humor, according to a survey by Fractl and Buzzstream, might be the ticket to success.

A survey of over 1,200 males and females between the ages of 18 and 64 revealed split opinions around formality and use of slang, but one thing is broadly acceptable –  humor. As you plan your next email campaign, consider that casual messaging is more effective than you think.

A sense of humor is not wasted on your audience

If you’re sending business correspondence, you might be nervous to show your lighter side. But, over half of all respondents think it’s acceptable to use humor in email messages.

It turns out being too formal could be the bigger mistake, particularly if you’re targeting a female audience. Around two-thirds of females say levity in emails is fine and 15 percent say it’s perfectly acceptable.

Females also tend to find formal language unpersuasive, but they perceive informal emails as authentic. Perhaps this is why GIFs and videos are becoming staples in email marketing. They allow you to inject personality into content through a presenter or a funny image.

Case in point: Brafton recently reported that over half of businesses have included GIFs in messages, and 72 percent say they’re related to higher transaction-to-click rates.

This report also offers a lesson in segmenting. While humor is acceptable across the board, male respondents consider formal language more persuasive than their female counterparts. They perceive senders as authoritative and intelligent when they create messages with formal structure and professional language.

A message that’s formal appeals more to a male audience, while a casual approach will win over a female audience.

Build your own brand of humor

Humorous content may be one of the most effective ways to build brand awareness, which is a growing challenge for marketers. Brafton recently reported that nearly half said it’s a priority for 2015, and establishing a sense of humor is an avenue to building a distinct brand identity.

When used consistently across emails, social media posts, videos, visuals and written content, customers will get a strong sense of your company’s personality – and how it’s distinct from your competitors. Here are a couple examples of brands that employ humor throughout their marketing: As you build humor into your creative brief, consider your brand’s voice, identity and audience. If you’re targeting technophiles between the ages of 40 and 64, the ideal sense of humor will be different than a style brand targeting females under the age of 21.

Determine the line you want to walk with your content’s humor:

It’s important to determine these parameters first, so your content writers know what kind of humor to build into your resources. You want your audience to clearly understand your approach and recognize that it’s deliberate. This will also prevent any missteps around what’s appropriate or not.

It may be difficult to break through corporate barriers and convince the C-suite that humor is an acceptable part of professional communications, but it’s an important part of a growing trend. The most successful brands are moving away from siloed approaches and establishing narratives that appeal to consumers as people – whether they’re making purchases for themselves or on behalf of their employers.