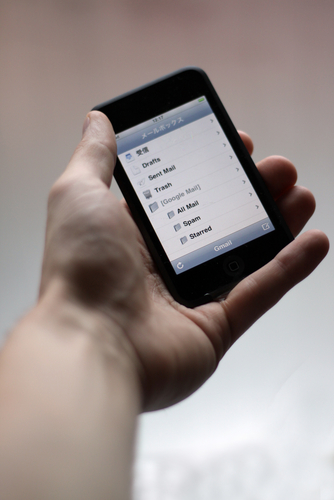 In its monthly MobiLens analysis of the American mobile phone market, comScore found that 48.6 percent of handset owners in the United States accessed apps in January. With social media applications among the most popular smartphone apps, an effective presence in the channel will help businesses appeal to prospects on the go.

According to comScore, the smartphone market in the United States has surpassed the 100 million mark with 101.3 million Americans using the internet-connected devices. This makes up the same percentage of Americans as those using smartphone apps. As the market continues its rapid growth, businesses using social media marketing will have an even greater opportunity to reach prospects effectively.

In terms of mobile operating systems, Google’s Android accounts for 48.6 percent of the market with iOS servicing 29.5 percent of users. Nonetheless, Apple’s iPhone remains the No. 1 device on the market with more than one-quarter of all smartphones in use being iPhones.

The continued growth of the smartphone market further emphasizes the value of integrated marketing campaigns focused on the web. Brafton recently reported that Google believes B2C and B2B businesses stand to benefit substantially from the rise of mobile devices. The company believes 2012 will generate more spending in both sectors driven by content accessed on mobile devices.