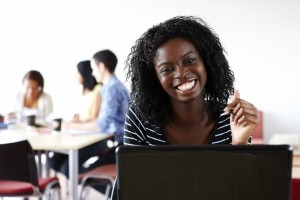 In an age where most businesses interface with prospects through internet screens, comScore believes marketers get caught up in digital ad numbers, such as CTRs and CPMs, and forget about the basic concept of quality ad content. In a new study, When Advertising Goes Digital, comScore examines what hinders a focus on creative content and why it should be prioritized in ad campaigns.

According to comScore, click-through rates are one of the most common, albeit inadequate, measures of digital ad success. The majority of internet users don't click on display ads and the percentage of those who do is steadily decreasing. The report shows that in July 2007, nearly one-third of U.S. online consumers (32 percent) clicked on an ad. This went down 50 percent by March 2009, when just 16 percent of internet users clicked.

Low CTRs are observed globally across industries, but comScore asserts that ads still have value beyond measurable direct response. Eighty-two percent of campaigns evaluated demonstrated positive sales lifts offline after internet users were exposed to digital ads. To harness the potential of ads in boosting a brand, marketers must remember to put the emphasis on ad quality.

Brafton reported that a comScore study released earlier this month showed creative content drives sales, with ad quality serving as the leading contributor of sales changes for analyzed brands. In When Advertising Goes Digital, the firm shows that allocating resources to creative development is key. The majority of ads that had "below average" strategy practices also exhibited below average ad execution, but 70 percent of businesses with above average creative strategies had above average execution, which ultimately results in increased sales.

In a case study of one campaign, comScore demonstrates that creative content can also make a brand a leader in its industry. One company boosted its share points in a key market by 2 percent with quality digital ad campaigns. Additionally, it saw overall growth of 3 percent in the products category of market share.

With this in mind, businesses must remember the importance of content development in all forms of internet marketing. Those trying to pick a content strategy may be interested in the results of a study from the Bloom Group, which showed that research-based content was common to businesses that generated more than 30 leads per month.