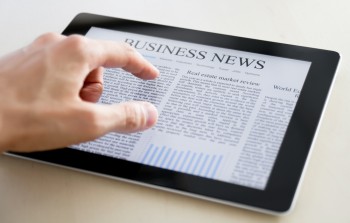 The skeptic says that Google+ will inevitably falter under the weight of the social media world, but the network continues to trudge forward, even with sites like Facebook, Twitter and LinkedIn showing high growth rates. Online-only media, for example, has embraced Google+, historically garnering the most attention from users through the platform. However, Adam Sherk, a consultant that works with many news and custom content sites, conducted a study to see how traditional outlets fared in terms of social growth. He discovered that traditional media outlets had nearly caught up to online-only sites, and could surpass them in terms of Google+ engagement in the near future. Sherk studied approximately 48 news organizations and collected overall interaction counts for each Google+ presence, such as +1 data, comments and shares. He compared his findings to information he compiled last year, when he ran a similar study.

Traditional media sites showed the largest year-over-year growth on Google+. The top five sites with the most drastic growth rates were traditional news organizations – entities that didn’t start on the web, but had to transition to the ‘net. For example, The Economist increased average engagement per post on Google+ from 14 in 2011 to 204 in 2012 – an increase of 1,327 percent. Traditional media also made up the top five spots in total engagement increases. The Daily Mail improved average interactions to more than 46,000 in 2012 from 61 last year.

According to Nielsen, Google+ serves a monthly active user base of more than 26 million in the United States, an increase of 80 percent between September 2011 and July 2012. With Americans joining Google+ frequently, news outlets and other industry leaders must develop social media marketing campaigns that reach these internet users. Branded content compels Google+ members to react, commenting and +1ing custom content as it goes live. To remain a transparent and visible resource for new and existing customers, brands must embrace Google+, and become active news hubs via the network.