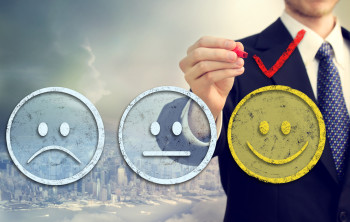 ​Audience targeting technology isn’t advancing fast enough to satiate consumers’ increasingly strict standards for internet marketing campaigns. In the 2013 iteration of the American Customer Satisfaction Index E-Business rankings report, Americans indicate they’re not as satisfied with search engines and social media networks as they once were. Web marketing earned an overall score of 71.3 on ACSI’s 100-point scale – a decline of 3.9 percent – and its lowest since 2002.

Search engines represent the greatest decrease in satisfaction, as major sites look for a balance between sound user experience and ad placement for additional revenue streams. Search engines received a grade of 76 out of 100, down 3.8 percent from 2012 and their lowest mark since 2007. Google continues to rank highest, but satisfaction with the engine fell 6 percent over the past 12 months.

As popular media hubs like Google and Bing experiment with their user interfaces to include more sponsored content, they’ll have to improve their targeting functions to get relevant information in front of users and increase satisfaction. Brafton reported that Millennials may be more open to smarter ad targeting than other generations. Fifty-six percent of consumers aged 18 to 34 said they’re willing to share location with brands to receive coupons and deals. Approximately 51 percent of Millennials would share private data for stronger content.

Social media also earned low marks. Satisfaction dropped to 68 out of 100 – a year-over-year decline of 1.4 percent. Many of social’s growing pains come from paid content, and Brafton reported that 64 percent of U.S. advertisers will increase their paid social media marketing budgets by the end of 2013. However, a few networks saw upticks. Pinterest, Twitter and Facebook all experienced minor increases in user experience satisfaction, while YouTube and LinkedIn fell slightly.

Marketers who struggle to generate leads through search and social because of consumers’ disinterest in paid content may find benefits in organic content for SEO. Positioning informative and promotional media in search results can pull readers in, educate them about products and services and compel them to convert naturally. This practice can have a great impact on brands’ bottom lines, while also leaving a positive impression on leads still in the pipeline.