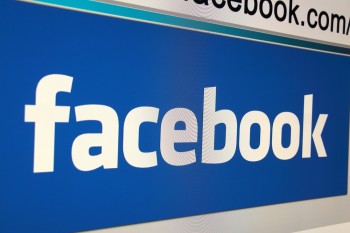 For most marketers, Facebook’s appeal is that it offers the chance for a direct connection between brands and customers. Tackling SEO means competing with millions of search results, most of which are different for individual users because of the context of their searches. With Facebook and most social media, companies can rest assured that when a person has Liked their page, they’ll stay in contact online.

At least, that’s how it works in theory. As Brafton reported, News Feed visibility has been decreasing for brands. At the end of 2013, 12 percent of businesses’ followers were likely to see their branded posts on Facebook, while by Feb. 2014, only 6 percent were exposed to branded social content – and that number continues to drop. Yet while the overarching rules of Facebook marketing have changed, there is still value to be had through this type of marketing strategy.

TechCrunch recently performed a study of Facebook algorithms to determine whether decreased brand visibility was a conscious choice on the part of the social network or an unintended consequence. Interestingly, it seems as if Facebook was a victim of its own success.

By promoting the idea of marketing with brand pages, Facebook caused the number of potential visible posts to skyrocket. The average user might see their News Feed compiled from 1500 possible posts each day, but the upper limit is 15,000, meaning branded posts have to cut through that noise. Unfortunately, the more pages a user Likes, the more businesses will have to compete with each other for attention. TechCrunch estimated the 50 percent decline in visibility that took place last year was concurrent with a 50 increase in the number of Likes the average Facebook user logged over the same period of time.

The 50 percent decline in visibility that took place last year was concurrent with a 50 increase in the number of Likes the average Facebook user logged over the same period of time.

So what can social media marketing  strategists do to make sure their content stays visible? At present, there are three tactics available.

Paid ads are what Facebook is currently pushing – understandably, because they drive revenue for the social network. There’s nothing wrong with paid advertising, although the costs are going to be higher than traditional organic marketing, and the ROI considerations more volatile.

Deep content is one of the most important factors for Facebook’s News Feed algorithm, in that links to news stories and in-depth pieces seem to be rated higher than less sophisticated media. As with search marketing, valuable, shareable and useful content will be seen by more users, although there’s no magic formula for achieving optimal visibility.

Original posts are essential on Facebook. As Brafton reported, sites like Upworthy suffer visibility decreases when algorithms knock them for simply repurposing media created by others. That’s why it isn’t enough to simply curate industry news and relevant links – brands need to be producing something valuable and original to convince Facebook they’re worthwhile to users.

Facebook may be experiencing some growing pains as far as marketing is concerned, but it doesn’t change the fact that it has the biggest user base of any social network. So while there may be new challenges ahead, there’s no reason to think it isn’t a useful tool for customer outreach. On the other hand, these fluctuations in marketing ROI considerations might mean that businesses should explore Twitter, Google+ or other channels to diversify their social marketing toolbox.