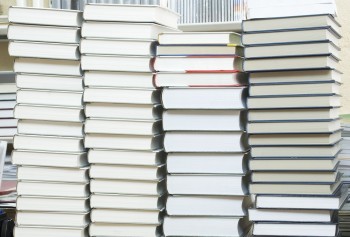 For a long time, Google has been pushing the idea of authorship – and now everyone’s favorite Google engineer may have let the cat out of the bag on types of content where Author Rank is at play. As Brafton reported, authorship allows entities or individual writers to be credited in results pages for the pieces they’ve written.

This naturally led to speculation that well-known authors have an advantage in search results, and Author Rank has been a debated subject. The more authority a writer presumably has, the higher the rank and the more likely Google will consider a result valuable for certain queries. However, there hasn’t been explicit confirmation of Author Rank or how it works. There still isn’t, but recently there have been stronger implications of how important it is.

A Twitter user recently asked Search Engineer Matt Cutts about the ranking system, and Cutts admitted, “[T]o be fair, it does come into play in some ways. For example, in-depth articles use that data, I’m pretty sure.” Cutts also made similar statements at this week’s #SMX West conference, reiterating that while there aren’t plans to release the inner workings of Author Rank, it exists and affects how search results are compiled.

How can businesses ensure this amorphous concept works in their benefit? There are a number of actions writers can take to optimize their content marketing strategies, including:

Google+ Authorship: First, it’s essential to connect Google+ profiles with company blogs. This assigns authorship to content, which goes a long way toward demonstrating blog posts or news stories are unique and written by a real person. As a secondary bonus, there’s evidence content posted to Google+ is crawled by bots within six seconds, as Brafton has reported, so it’s helpful to be using the social service in general.

The entire point of authorship is to use a writer’s credibility to benefit SEO, so the sooner an author starts writing, the better.

Schema markup: Webmasters can ensure Javascript and CSS are optimized for crawlability so Google immediately knows a piece has been written by a certain person. Doing so takes some uncertainty out of the equation – Google itself encourages schema markup whenever possible, so there’s no reason not to do as the search company says to increase your visibility.

Write regularly: The entire point of authorship is to use a writer’s credibility to benefit SEO, so the sooner an author starts writing, the better. This is an essential element of content marketing anyways, so start drafting high-quality media that engages with readers and provides useful information. Google will thank you in the form of improved SERP placements.

Authorship and AuthorRank might seem like a trick of the trade, or a clever way of gaming the system. In reality, it’s just another way for Google to ensure users receive high-quality content from reputable sources. If you’re producing valuable information or instructional guides, you should attach a consistent name simply to get credit for what you’ve created. Don’t fight Google, or attempt to figure out what it’s doing behind the scenes – just take its word for it and use Authorship when appropriate.