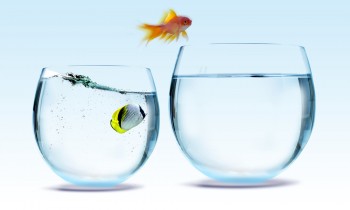 Last December, the Content Marketing Institute called for predictions about the state of content marketing for the coming year, resulting in a number of ideas that came to fruition as well as some others that weren’t brought to light. Reviewing content trends that did (or didn’t) take off in 2012 can help marketers consider where to allocate their budgets in 2013.

Paul Conley correctly predicted that advertising and public relations agencies would recognize the benefits of content marketing and begin making moves toward the strategy. Because effective content creation promotes positive brand awareness as well as customer acquisition and lead generation, the field is positioned to aid PR and advertising initiatives. According to a report from the CMI, 79 percent of B2B marketers are using content marketing to generate brand awareness, while 74 percent use it for customer acquisition.

Ann Handley of Marketing Profs predicted that jobs in journalism would be replaced by those in content marketing. Journalists working for traditional newspapers would find new homes as content producers and content managers. According to the CMI, this prediction of Handley’s was on target, coming true in 2012.

Jobs and opportunities are not only opening for writers, but also for videographers, graphic designers and other creative specialists as multimedia content such as videos and infographics grows at a rapid rate. In a separate study, the CMI reported that video use increased substantially from 2011 to 2012, with 70 percent of B2B marketers turning to video in 2012 versus 52 percent in 2011. More, Brafton recently explained that infographics are the fastest growing element of content marketing strategies.

One of the less accurate predictions for 2012 included belief that Google+ would gain more mainstream adoption (though it’s undeniably already recognized as a great tool for SEO). The network still has room for growth.

As the year draws to a close, it’s a good time to reflect on the current state of content marketing while also making predictions for 2013. According to a recent report conducted by Econsultancy and Outbrain, 90 percent of surveyed digital marketing professionals believe that content marketing will become more important in the next year, although many have not begun moving toward a content marketing strategy.