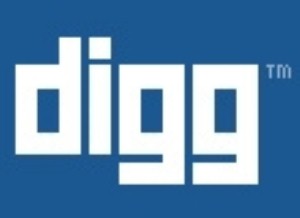 Digg relaunched this week after being acquired by Betaworks on July 20, and the initial reviews from the social content sharing platform’s users have been less than stellar. Moreover, some adjustments, including the deletion of its entire archive, could have SEO implications for marketers, especially those using the site to share relevant content and generate links and traffic.

Previously, users could share content and interact with other users directly on the platform, meaning Digg was, more or less, its own social network. However, users must now login to the site using their information from Facebook or Twitter. Also, data from Facebook, Twitter and other social networks will be used to rank content on Digg. Equally frustrating for users is the lack of commenting capability currently available, however, the company did say this would come soon.

More or less, the initial redesign from Digg positions the site as an aggregator of content from other social networks. Many are wondering what value the site has in and of itself.

While consumers used the site to learn of new content on the web and interact with each other, marketers found a niche on the site by sharing relevant website content for Digg’s users to discover and engage. Now, focusing efforts on just Facebook and Twitter will yield the same value.

On the blog post announcing the new Digg, users commented in droves to express their frustration with the changes. Some threatened to move to Google+, while others merely said they were tired of Facebook invading every element of their web experience. This makes sense, too, after Brafton recently reported that Facebook is used more than any other network as a third-party login tool.