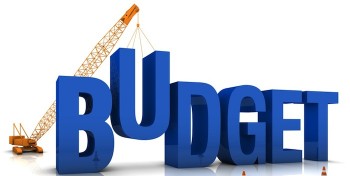 With the holiday season almost over, the groundwork for next year’s budget must be drafted. For marketers looking to increase spending on digital outreach channels, it may be worthwhile to look at where other organizations plan to funnel resources in 2013. Both B2B and B2C brands indicate that they will increase spending on avenues like search engine optimization, pay-per click advertising, social media marketing and content marketing. Of course, marketers must look at the coming data as a whole, not as isolated figures. These practices work best when used together, spreading media across the web and engaging with new and existing customers through varying outlets.

Recently, Webmarketing123 released its “State of Digital Marketing 2012” report, highlighting trends in SEO, PPC and SMM. According to the report, B2B and B2C brands will increase marketing spend on each channel, but SMM and SEO will experience the greatest increases. Approximately 41 percent of B2B companies and 52 percent of B2C organizations will allocate more money toward social media content creation next year, while 56 percent of B2B and 46 percent of B2C companies say their SMM budgets will remain the same.

The Webmarketing123 report also provided an overview of PPC spend moving into the new year. According to the source, 31 percent of B2B brands and 40 percent of B2C marketers will allocate more time and money to creating PPC campaigns. Fifty-eight percent of B2B businesses and 52 percent of B2C companies say their PPC budgets will remain the same next year.

While SMM, SEO and PPC help brands deliver custom content to new and existing customers, content marketing plays an increasingly important role in digital outreach efforts. In fact, the Content Marketing Institute released two reports that evaluated content marketing usage within the B2B and B2C sectors. Overall, content creation took top prize, garnering significantly more resources moving into 2013. The source noted that 54 percent of B2B marketers and 55 percent of B2C brands will increase spending on branded content. Thirty-four percent of B2C organizations and 31 percent of B2C companies will maintain their content marketing initiatives with the same amount of spending in 2013 as in 2012.