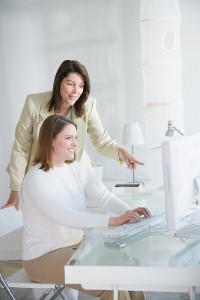 Marketers make note: increased budgets for online ad spend are on the horizon. Borrell Associates' 2011 Ad Forecast predicts there will only be a moderate increase in overall ad spend next year, but budgets will shift resulting in the dramatic growth of online advertising.

According to the forecast, total online ad spend will reach $51.9 billion in 2011, demonstrating a 14 percent increase over this year. One of the biggest drivers of this growth will be the local sector, which will increase by nearly 18 percent to $16.1 billion.

Borrell predicts that targeted display ads run in local markets will more than double, with ad spend exceeding $2.3 billion. This estimate refers to local display ad spend for the traditional web, but Borrell also notes that many advertisers express interest in advertising on mobile formats that can alert on-the-go users when a business is nearby.

Marketers interested in tapping into this rising sector may want to invest in Google's locally targeted ads for smartphone users, which Brafton reported on earlier this month. Google uses local WiFi networks to determine users' locations and the displays targeted ads accordingly.

In addition to emerging digital platforms, Borrell Associates expects that increased ad spend on traditional online formats will fuel the growth of digital marketing next year. For instance, email advertising will rise 9 percent to $16 billion in 2011.