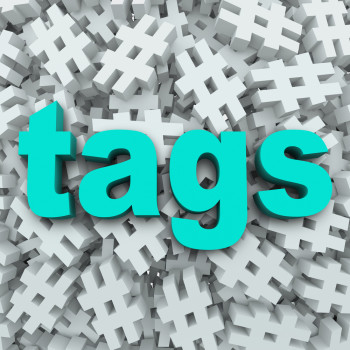 Social networks are now rife with hashtags. Whether you’re an advocate or hater, the pound symbol is only gaining momentum as a way to organize social media content on the web. Twitter was the original hashtag domain, but they’ve since spread to Instagram, Pinterest, Vine and, most recently, Facebook. The idea has always been that adding a hashtag to a post will widen its reach because a brand’s update gets grouped with similar messages.

However, new data suggests hashtags may not necessarily be beneficial on all networks. This means marketers must be prudent about where they insert the symbols and where they withhold them.

Data from EdgeRank Checker found that hashtags did not increase the viral reach of content shared on social networks. Posts without hashtags actually had more reach per fan than updates containing hashtags. The report posits this is because posts containing the symbol are often promotional, and followers are therefore less likely to share them with others in their networks.

Brafton reported that around 94 percent of brands started using hashtags in Facebook updates just a few weeks after the feature was introduced, yet the tags were used infrequently – 38 percent used the symbols twice in a 12-day period. It’s important that marketers use social listening and content analytics programs to determine whether new practices are paying off in terms of additional engagement and clickthroughs, or if their efforts fail to generate results.

By paying attention to campaign performance, marketers may see hashtag use sparks interaction on some networks more than others. This is exactly what EdgeRank found with Twitter, where the chances of being Retweeted nearly doubled when hashtags were included in content versus updates without them.