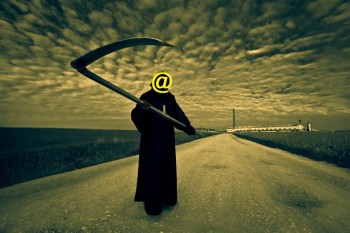 Social media marketing can be a frightening prospect for some brands because it gives users control. If a customer experiences poor service, he or she can just @mention the brand’s Twitter feed, and the Tweet in question will be there for all to see. When just about anybody can tag a company or upload a picture of a business, marketers need to carefully manage their social footprints to prevent bad press or false statements from going viral.

However, social marketing gurus actually don’t have very much to worry about. In fact, the number of negative company mentions is quite low. According to engagement firm mention, the vast majority (77 percent) of social company references are neutral. Another 18 percent are completely positive, and only 5 percent contain negative language.

Nip negative mentions in the bud

At this point, brand managers might be saying to themselves that those 5 percent are still a dangerous minority of customers. However, almost all (91 percent) of brand mentions aren’t made by influencers – the people doing the referencing have fewer than 500 followers. While they have some audience, there’s less chance their social posts go viral and send a business’ reputation spiraling out of control.

Instead, a negative mention is an opportunity to engage in a dialog and try to fix the issue in question. In fact, when a small number of social references are negative, it actually presents an excellent opportunity for brands to publicize their customer service. Addressing complaints swiftly and openly demonstrates the relationship companies have with their customers, providing even better press than might otherwise be possible.

Addressing complaints swiftly and openly demonstrates the relationship companies have with their customers, providing even better press than might otherwise be possible.

Brand management: By any tools necessary

A couple of unruly Tweets shouldn’t be left to fester in the darkness, going unaddressed. Instead, they should be the focus of conversation. One way to do this is by taking advantage of a recent addition to Twitter’s growing list of features: Tweets embedded with Tweets. As Brafton reported, it’s becoming more popular to embed posts within content, as a way to link the social realm with the rest of the internet.

According to The Next Web, Twitter is experimenting with a better visual link between one Tweet and another post that it’s referencing. Users don’t just have to Retweet the plain text another account has already published – they can simply show the Tweet itself and save their 140 characters for another message or commentary about the post.

This will let brands demonstrate their social literacy, create a more visually appealing feed and perhaps most importantly, address Tweets mentioning their companies. Whether the original posts are negative, positive or neutral, businesses’ will show they’re engaged in open, personable dialog with their customers.