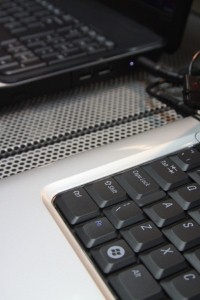 According to a new report released by Harte-Hanks, email open rates declined from an average of 26 percent in 2009 to 17 percent last year. This makes clear that businesses that want consumers to open their emails will need to ensure the content provided is valuable, rewarding readers for their continued loyalty.

The value of fresh, relevant content in maintaining open rates and subscribers is a subject Brafton has covered in the past. Nearly half of the 93 percent of Americans who receive permission-based emails say they unsubscribe because of boring or repetitive content.

Investing in fresh content for email marketing is a competitive must as a number of businesses say they will be focusing on email outreach because of its value as a lead generation tool. Brafton recently reported a separate study from Focus.com, which noted email marketing is still one of the top performing online marketing channels. More than one-third of respondents (39 percent) said email was their most effective marketing approach last year, highlighting the importance of the medium. This was especially the case among B2C companies, with nearly half of respondents (49 percent) indicating they plan to spend more money on their email marketing efforts in 2011.