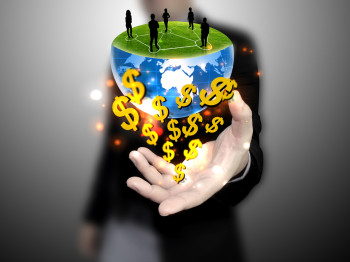 ​Social media marketing has come a long way since it became standard practice some time in the past five or so years. Today, brands across the United States use networks like Facebook and Twitter to drive lead generation and awareness, but are they happy with their results and content ROI? According to a study from Kenshoo Social, some marketers are happier than others.

Approximately 33 percent of large social media advertisers are not satisfied with either their paid or organic marketing efforts. More, data suggests a growing percentage of these professionals see more success from their paid programs. The “Key to Successful Social Advertising” report shows that 73 percent of surveyed brands manually publish social media content to their profiles. Fifty-two percent of companies repurpose content for sites like Twitter and Tumblr. Marketers who post media to their accounts drive social traffic back to branded websites, but only if the headlines are worthy of readers’ clicks.

Marketers who post media to their accounts drive social traffic back to branded websites, but only if the headlines are worthy of readers’ clicks.

According to Kenshoo Social, 69 percent of paid social advertisers say they’re happy with their results, and these people are most satisfied with promoted content. Businesses can use select features from Facebook and Twitter to highlight media and stick content to the top of News Feeds, Timelines and search results. While Kenshoo argues brands are most impressed with the results they see from paid social, content creation remains the true key to success.

Marketers still need editorial and creative teams to develop and publish compelling paid social media content. Simply pushing an article or short ad copy to the top of social networks won’t generate leads, clicks or purchases. In fact, this action might annoy prospects more than anything, further distancing brands from their target audiences.

Brafton has reported that 71 million individuals log onto social sites several times a day to manage their accounts, update their profiles and engage with brands. Interestingly, when people were asked about the volume of promotional media featured in their News Feeds, 60 percent said they noticed an increase, but didn’t seem alarmed by the slight surge. This supports the idea consumers aren’t as annoyed by social ads as many industry folk may believe, and a balanced approach to Facebook or Twitter marketing could result in a significant percentage of new business acquisitions for both B2Bs and B2Cs.